Tree Story: The History of the World Written in Rings
by Valerie Trouet, Johns Hopkins University Press, 2020, 246 pages with
24 B & W figures and a glossary, recommended readings, bibliography, 43 binary and common names of trees examined, and, uniquely, a recommended playlist!

As implied by the title, this is a book about the study of trees and how the world around them influenced their growth and what they have to tell us. Too often we think of trees as inert features of our landscape, a myth dispelled by Peter Wohlleben in his book Hidden Life of Trees: What They Feel, How They Communicate: Discoveries from a Secret World. Working from her base in the Laboratory of Tree Ring Research at the University of Arizona, Trouet and her colleagues have traveled the world to collect and study wood from living and dead trees. Back in the comfort of their lab they combine data from the trees with information about the climate that spans over 2,000 years, forest ecosystems, fires, earthquakes, volcanic eruptions, patterns of atmospheric circulation, and oceanic systems, particularly La Niña and the El Niño-Southern Oscillation (ENSO, a recurring pattern of fluctuations of Pacific Ocean temperatures and the impact on climate), and others. The result is the history of the world from the perspective of its trees. 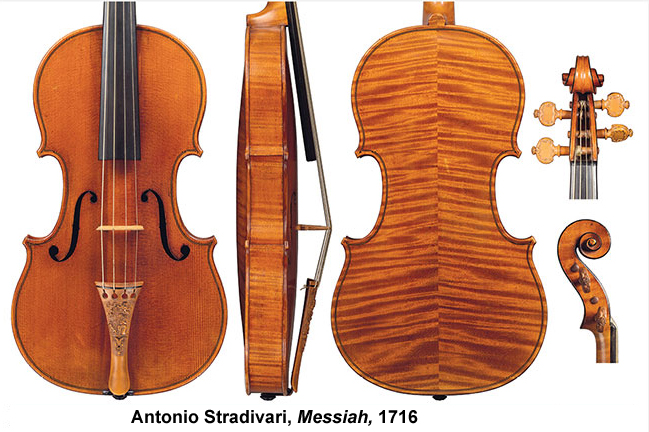 Trouet engages her readers almost immediately with a mystery. Is the violin in the Ashmolean Museum in Oxford known as Messiah a genuine Stradivarius or was it made by someone else? Millions of dollars in value hung in the balance as this violin was reputed to be the finest example of this legendary luthier’s work. The answer came after an examination of the growth rings in the violin’s wood - the science of dendrochronology. This clearly dated the instrument to the time of Antonio Stradivari and was a critical step in the process of its authentication. Dendrochronological dating is now a common practice in the evaluation of exceptional string instruments.

Dendrochronology is at the heart of the book. 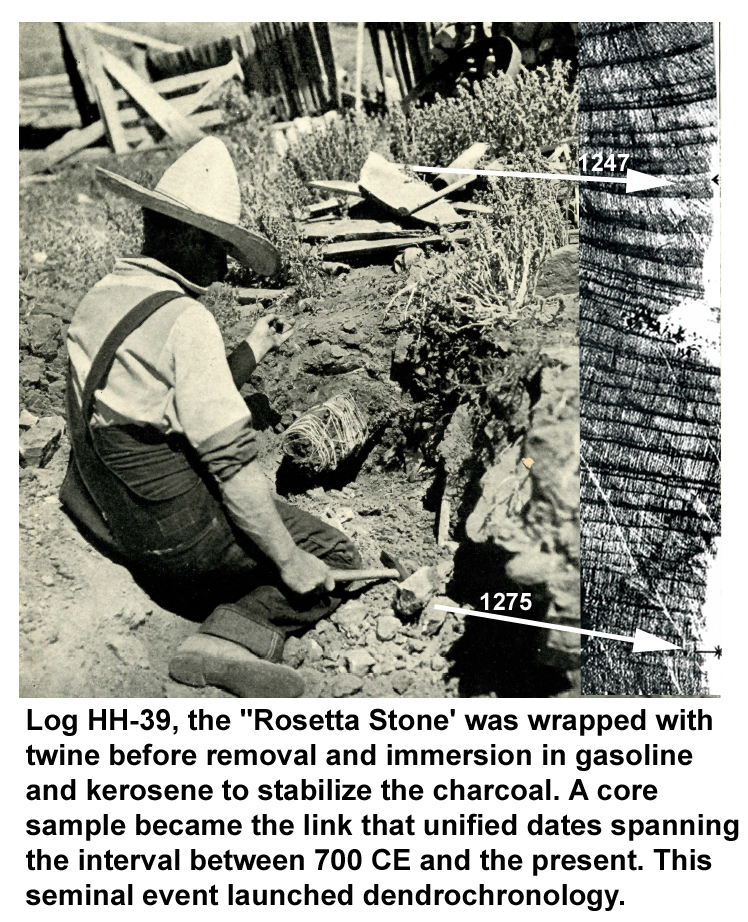 In its simplest form, this branch of science creates a link between the space between growth rings of trees and rainfall. Wide rings denote large amounts of precipitation and narrow rings drought. Dendrochronology arose as a result of investigations conducted by A.E. Douglass who studied logs from Pueblos in the Southeastern part of the U.S. in the 1920s. Chance favored the prepared mind and Douglass found a key log, HH-39, dubbed the “Rosetta Stone” that created the missing link between trees of the past and the present. Trouet describes how dendrochronology has given rise to related disciplines such as dendroclimatology, dendrogeomorphology (the study of Earth system processes), and dendroprovenancing (determination of the origin of wood used to fabricate artifacts). These branches of the science all link tree rings to other phenomena that have left their marks on trees. She tells us about this in easily understood and engaging prose.

Burning fossil fuels and our changing climate are recurring themes in the book. Trouet urges us to use the past, as shown through the examination of trees, to visualize our future if greenhouse gas emissions are not controlled.

The details of the various methods used could be impenetrable in lesser hands. Trouet is a gifted communicator and explains complex aspects of the studies conducted by the teams she has worked with in a manner that is easily understandable. She intersperses science with vivid accounts of work in the field. Her description of a trip from Yakutsk to Botulu in the Sakha Republic of Russia is particularly gripping. (Google Maps still says that there are no routes between these cities.) She writes that on this trek “Most of the time was spent outside of the vans to (1) reduce the weight ... so they would not sink in the mud pools or get stuck in the ruts (2) push the vans out of the mire, or (3) wait for our drivers to build impromptu wooden platforms to cover the deepest pools before attempting to cross them.” When I interviewed her she told me that this was the first field experience when she was “counting down the days until it was over.” But, they got good data! Elsewhere, after moving from Brussels to Tucson she writes “it was time for this urban chick straight out of a crowded and sophisticated European capital to spread her wings and fly into the big, wide open.”

Don’t be fooled by this informality. She is a talented and smart scientist who has accomplished a great deal and who is eager to share her enthusiasm for her work. If you like trees and want to hear the tales they tell, Tree Story is the book for you.

Tree Story is available from the Johns Hopkins University Press, $27.00 (https://jhupbooks.press.jhu.edu/title/tree-story) and in a Kindle edition through the Oberlin Public Library.

Alan Lockwood for the Arboretum Committee

The first image below is a cross-section from the Callery Pear (Pyrus calleryana) formerly located on the east side of the Heiser entrance. The tree was diseased and removal was necessary. Callery pears are considered to be a "scourge" by the Ohio Environmental Council. The second image is a close-up of the section that has been enhanced to make rings more visible. The narrow rings may be related to stress caused by transplantation. The wide rings are a sign of exuberant growth. 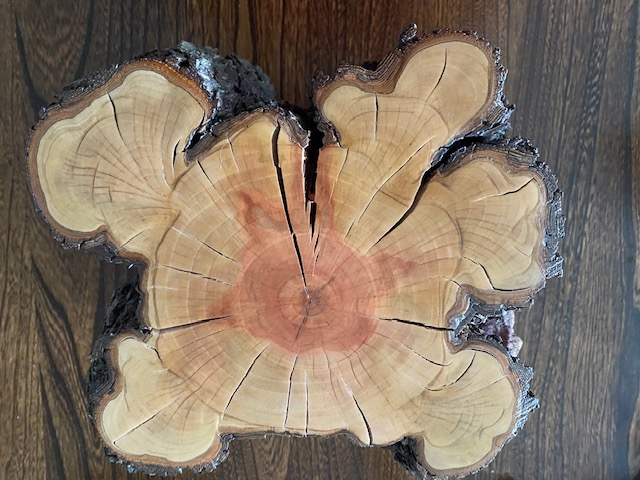 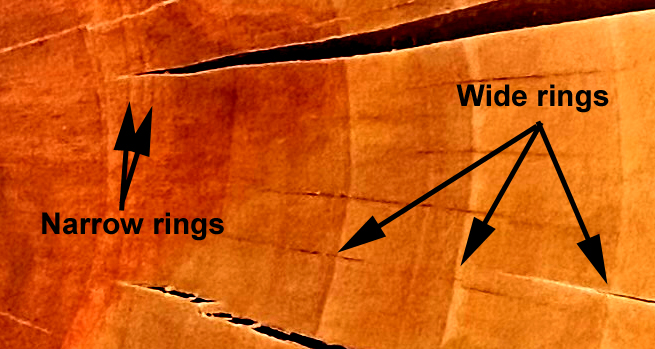