Winterberry is a shrub which we at Kendal at Oberlin can enjoy many months
of the year.  It grows well in zones 3 to 9, in sun or part shade, and is
native throughout Eastern North America.  It tolerates clay and wet soil and
resists erosion.  It has no serious disease or insect problems, although it
can have powdery mildew.  Plants do best in acid soil.  Winterberry is
especially appreciated for the bright color of its fruit in late fall and
winter. The berries often stay on the stems until early spring.  You can
find winterberry here at the John Bartram Arboretum as you come off the
Buttonbush Bridge to the north next to the Apartment Building, and in the
Courtyard Garden.

Winterberry has both male and female plants, which botanically is called
diecious. Various varieties grow 3 to 12 feet high and 3 to 12 feet wide.
Prune to shape in early spring before the new growth. There needs to be 1
male for 6-10 females in order to have the fertilized beautiful red berries.
It blooms in very late spring to early summer and the flowers appear on the
new growth.  Its berries are much more noticeable than its flowers.  And it
is another plant here at the Arboretum which attracts birds.

The birds it is known to attract are eastern bluebirds, American robins,
cedar waxwings and woodpeckers.  How wonderful that the berries stay on the
stems throughout the winter and are available to them.  As you take walks
throughout the Kendal at Oberlin John Bartram Arboretum, enjoy Ilex
verticillata  and the variety of birds it attracts.

Anne Helm for the Arboretum Committee
Photograph by Kathy Caldwell 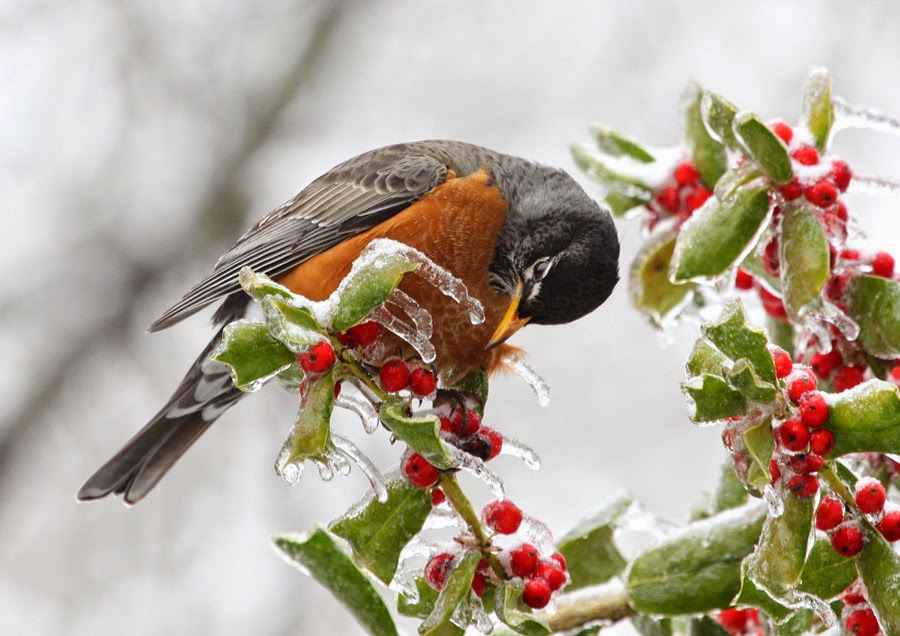