Little leaf lindens have a very attractive pyramidal shape as shown in the picture. They grow at a medium rate, from 1 to 2' a year to 50' in height, spreading to about 40' in diameter. Their leaves are alternate, pinnate, with a serrated edge. They are medium green in color with a little chartreuse accent which remains with them long into the summer, turning a golden color and dropping late. Its dense canopy gives great shade. It needs at least 4 hours of direct sunlight a day, but likes full sun. A resident here at the Kendal finds the leaves to be especiallyattractivewith the dark of evergreens behind it.

The Linden produces clusters of hermaphroditic yellowish flowers that hang down on a long stalk or bract that have a pleasant fragrance (see image at bottom), Bracts have a paler color than the leaves. They are attractive to wildlife such as hummingbirds and bees. Its bloom time is in June, later than many trees. Fertilized flowers produce a nut like fruit which animals like. When the tree is mature its soft wood provides nesting hollows for birds such as woodpeckers. Beowulf’s original shield was made from linden wood. He replaced it with one of iron to fend off the dragon’s flame. The blossoms are used in some cultures to brew a pleasant tea.

Maintenance for it is considered low, though it should be carefully pruned for strong structure giving it a single leader and well spaced lateral branches. They typically have a life span of a few hundred years.

The Little Leaf Linden is very adaptable to a variety of soils, from acidic to alkaline, sandy or clay. It should be planted in well-drained moist soil. Avoid standing water and exposure to road salt. They should be watered when there is a drought, especially when young. They have a wide potential planting range in the United States which includes most all of the East, North and Central regions. Japanese beetles can skeletonize its foliage, so it is not good to plant where Japanese beetle infestation is strong. We have several Little Leaf Linden in our Arboretum, one of which can be found between parking lots 6 and 7, closer to the roadway than the cottages. We are fortunate to be in an area where it can thrive. Take the time to get to know this tree. You are likely to love it as have so many. 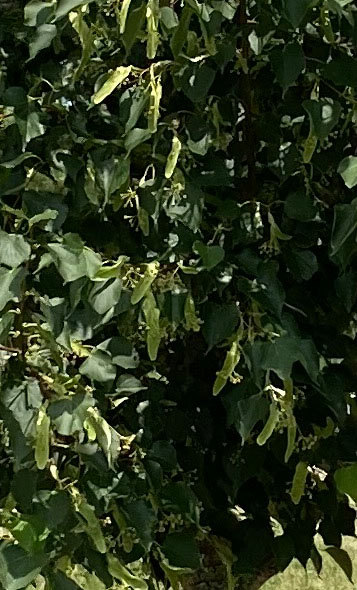