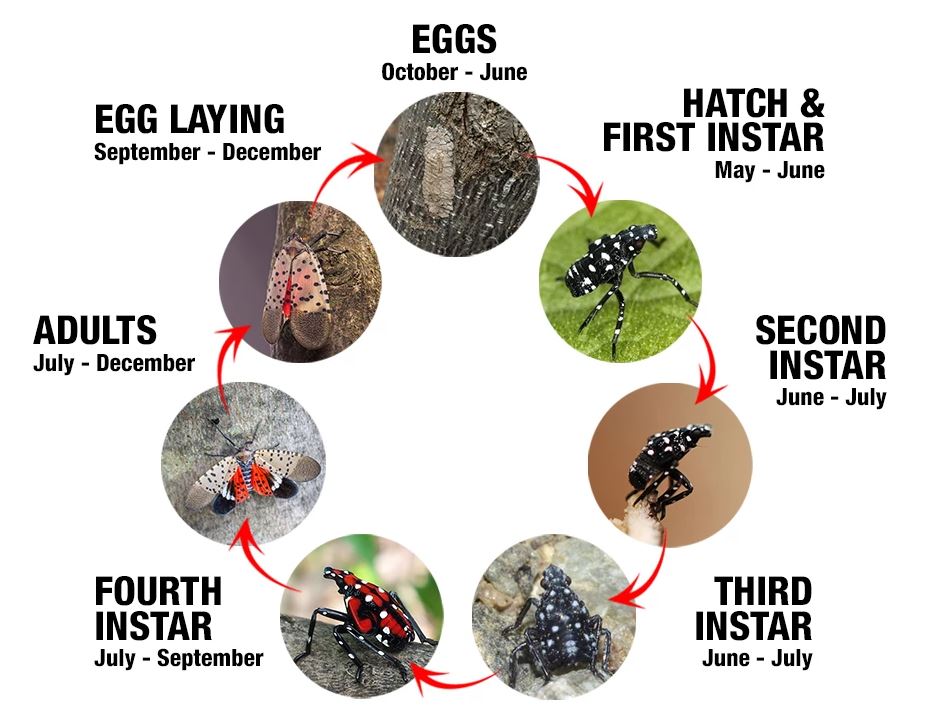 The spotted lanternfly (SLF) is a destructive planthopper that appears to have originated in China. It has the potential to spread to much of the Eastern US and Europe as shown in the figure. In Ohio the SLF is known to be established in Jefferson and Cuyahoga Counties and poses a threat to others. The Ohio Department of Natural Resources has issued a quarantine to prevent further spread. The ODNR has this to say about spread “Individuals traveling from an SLF infested area with items including tree branches, nursery stock, firewood, logs, or other outdoor items that pose a high risk of spreading the pest.” Its preferred host is Ailanthus altissima or The Tree of Heaven. We do not have any known Trees of Heaven on the Kendal campus. However the insect may infest as many as 173 other species and is fond of grapes, fruit trees including crab apple and stone fruits, hops, blueberry, oak, pine, poplar, and walnuts and many others. The adjacent image is of adult SLFs on the trunk of a red oak in Berks County, PA, taken in 2019.

The insect passes through several phases or instars as it develops from an egg to a mature insect as shown in the figure. The mature insect is about an inch long. The insect utilizes specialized mouth parts to tap into plants and extract sap. A sufficient load of SNFs results in the death of the plant. SNFs excrete a sugary material called honeydew that attracts fungi and other pests. The ODNR emphasizes the role that the public plays in detecting the insect and minimizing its spread.

Suspected infestations should be reported promptly to Rachel Duncan who will do the required reporting to the ODNR. Although there are many insect control measures that homeowners may employ this is a task best left to licensed professional pesticide applicators. Wikipedia does not list birds as natural predators. Wasp species that parasitize the SLF are under investigation but have not been approved for release due to possible threats to desirable insects. 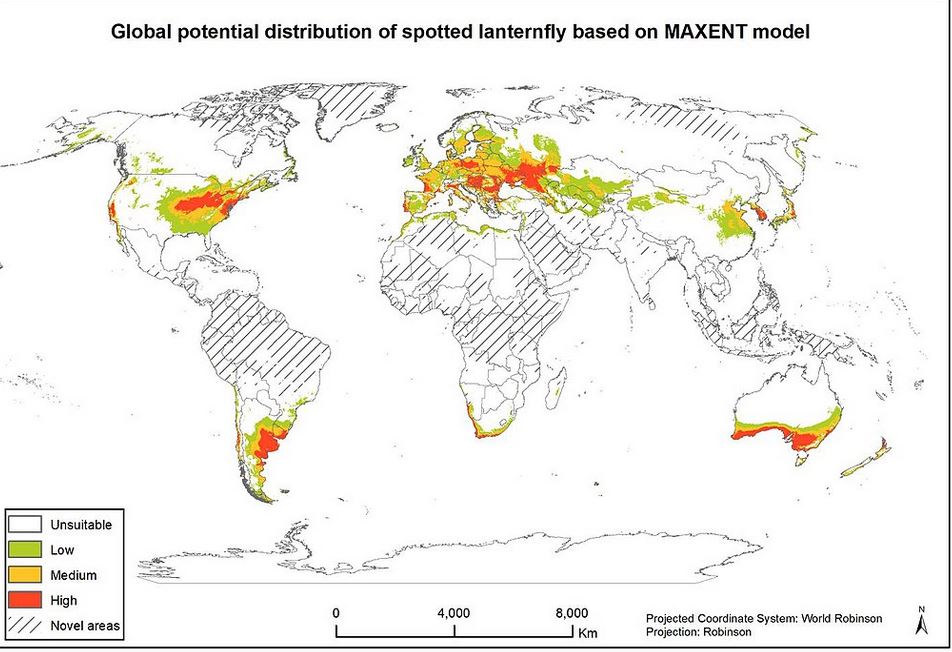